The History of Miniature Art 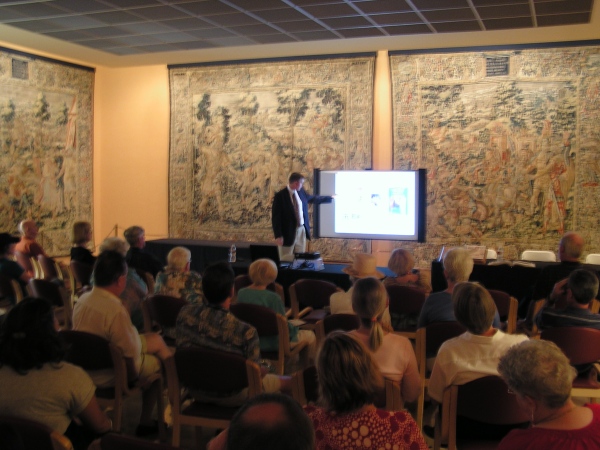 
Artists working in miniature pursue a specialized art, unique and distinct among all others that entered the broad world of art as a new genre in the early 16th century.1 From the genre’s inception to the present day, miniatures have been integrally associated with specific techniques, diminished format and reduced scale. The history of miniature art traces its origins to multiple precedents which evolved into a new genre. This art form continues to adapt and transform with time forcing individuals attempting to encapsulate it by definition to do likewise to remain current. Despite the varied nuances in form there remain static guideposts that are essential to any attempt to define miniature art especially from the 16th century to the present day, and understanding the streams of development and the nuances of the genre’s evolution are imperative for grasping the basics of what constitutes a miniature.2

In the milieu of confusing etymological derivations, the usage of miniature as a descriptive term for the unique genre was almost immediately aligned with small size and reduced scale.3 Giorgio Vasari, Renaissance art historian, noted around the year 1550, that Don Giulio Clovio was exceptional as a miniatore, or a painter of small things.4 The first attested time the word miniature was used in English to describe an art form was in the 16th century in the writings of Sir Philip Sidney, d. 1586. He contrasted the life-sized reflections of women playing in the water with the miniature reflections of them in the bubbles created by the splashing.5 An earlier usage of the term miniature in French can also be found in the book Les Ouevres by P. de Ronsard within the footnote commentary by M.A. de Muret. He notes that the proboscis of the Crane Fly resembles in miniature the trunk of an elephant; a comparison equating small scale or size with the term miniature prior to 1585 when he died.6

These qualities were general and implicit to the nature of the art and one must be cautious not to apply rigid framework to early understanding. Successive generations of artists working in the genre adhered to these qualities without the conscious regard of today. They did not follow society guidelines or show rules outlined in a prospectus but simply worked in the way associated with their genre by their peers and, to a large degree, dictated by their buying public and intended function.

The congealing of meaning with respect to miniature came more from reactions to outside influences than conscious decisions by practicing miniaturists. Competition from rival art forms, and later photography, altered the genre even to the point of pushing the inferred boundaries. Styles reflected contemporary trends to meet popular demand, sizes reflected changes in surfaces and scale was influenced by composition. Twenty-first century miniaturists, and their representative societies, face even greater challenges than their predecessors with respect to their cherished genre’s identity. Revival period efforts to appeal to a broader market and encompass more fine art styles have proved a formidable task for establishing parameters of definition.7_

The above text and accompanying endnotes, presented in draft form, are from the book: Modern Masters of Miniature Art in America by Wes Siegrist

Available as a PDF download for FREE at: http://lulu.com/spotlight/siegrist or via Google Books.


View/Download for FREE in iBooks
Purchase hardcopy from Lulu.com
Read updated scholarly portions of the book on the Modern Masters Blog

Quotes are taken from specific catalogues or books when noted.

Back to the top